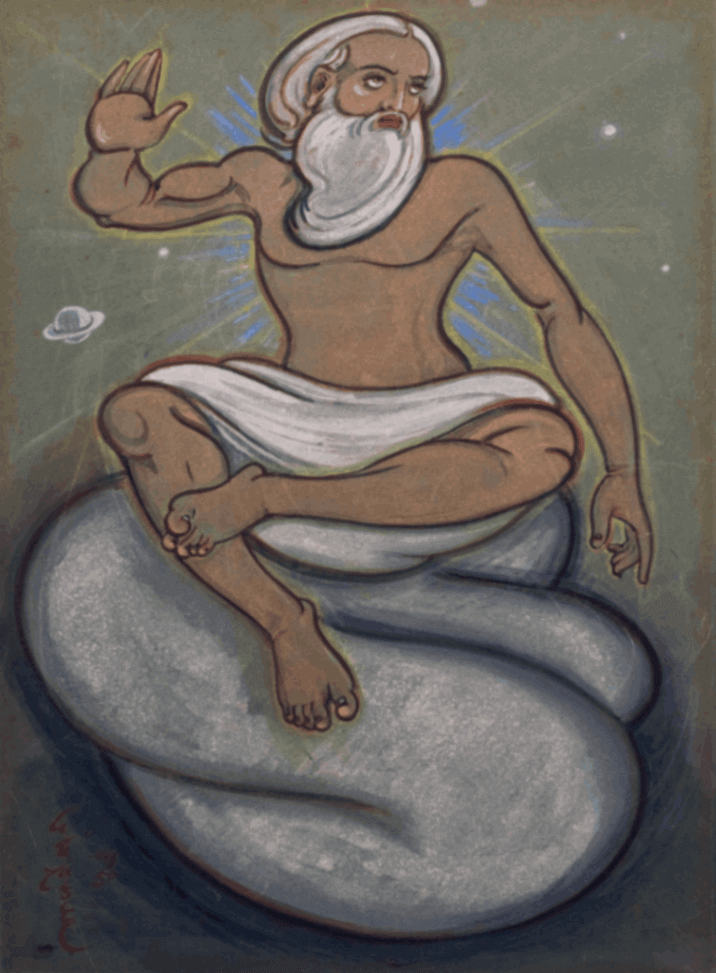 One way of judging an artist is by his or her success or failure in the art market. Art should also be assessed by the answers they offer to important questions or the germane issues they raise. Fonseca’s artistic patrimony motivates Christians to examine their own cultural and political responsibilities, rights and prejudices. In the last two decades, Goa has consistently asserted its contribution to and place in the Indian narrative of modernism. Five hundred years ago, Goa became the first transcultural and transcontinental hub in the Indian subcontinent, nay in Asia, and what had begun as a trickle had developed into a torrent with multiple tributaries through the Goan diaspora. This idea was revisited and Goa was reinstated once again on the world map. How Fonseca contributed to the discourse of modernism and transculturalism is the subject of this volume.

I intend these submissions to be a story of both Fonseca’s short-lived success and very long obscurity, his modernism and traditionalism, his Indiannism and occidentalism, his Indic renaissance and western academism, and his artistic substance and form. One element of the binary does not contradict or cancel the other but complements it. Fonseca’s art is also about the interface or meeting of oppositional features: brown and blue-eyed images, black and blond hair figures, desi (indigenous) and western trappings, flat and perspectival drawing. His eclectic forms and thought made possible the bridging of both spectra till then kept apart. Fonseca was a connoisseur of the concept of rasa in Indian aesthetics. Rasa creates cross-cultural and emotional bridges not a clash of opposites. This concept could also mean the “entanglement of concepts, theories and set of meanings of the knowledge system” that facilitate the construction of cross-cultural spaces. The Fonsecas merit a gallery to achieve this worthy purpose.

Fonseca’s works flavoured with rasa – the indescribable emotions produced by art that the artists communicate through his or her works to the viewer or listener — have the potential to bring together diverse ethnic and religious groups and worldviews. His art shows that people can coexist, dialogue and connect peacefully. In my opinion that is the quintessential purpose of art. That is also the purpose of rasa. Emperor Akbar had understood. Fonseca followed the aesthetic of rasa to render his community and nation more connected!

The book also discusses Fonseca’s artistic vicissitudes for which Goa’s history must bear a large share of responsibility. Like all territories, the region’s history is tied up with conquest and re-conquest. Each conqueror alienates it from its previous history and art of the past. It explains why Fonseca failed to impact Goan cultural sensibilities, despite the region being inherently modernist, hybrid and with a global cultural disposition. And why Goa’s artists and heritage continue to be, consciously or otherwise, pushed into the peripheries of oblivion by both the state and learned public. The distressing story of how Goa lost and is still losing its art, would certainly make many sincere art conservators and specialists angry.

One view is that few places in the world have mismanaged and disrespected their artistic heritage and artistic identity as badly as Goa. The poignant story of how we failed to protect our artistic treasures and talented artists has several lessons for us. I have attempted to weave together a story -- along with our collective and systematic artistic indifference, and even opposition from those who claim to be custodians of culture and the arts — about the handling of the large repertoire of Fonseca’s oeuvres. The story could provide some insights into certain aspects of Goan identity and mentality, not least of the Church that once was a committed supporter of the arts.

The churches in India, in general, are poor in religious paintings, iconography and artefacts and even poorer in Indian art. This situation is not because of a lack of local talent or artistic goodwill but mainly because of a very unfortunate sense and practice of preserving, restoring, curating and creating artworks. The absence of passionate artistic patronage is another setback. All added, the outcome is the alienation of talented artists from the Church’s pictorial aesthetics with the clergy showing little interest in dialoguing with artists, curators, conservators and restorers. There is disorientation about the importance and purpose of art for the Church’s mission. That state of affairs contributes to a dearth of philosophical and theological thought on Christian art in India.

Fonseca’s Madonnas in particular are way different from those seen adorning traditional churches, sanctuaries, private homes and devotional literature and are therefore central to our narrative. These Madonnas with oriental features did not appeal then to honest and devout Catholic women and men. They felt it did not represent the beauty, divinity, fairness and purity that the Madonna deserves. The Indian Catholic community entrenched in a system of castes, social status and skin tone had great difficulty owning such images. The same attitude was also shown towards all the other religious paintings of Fonseca.

Today, Christians continue to ignore Fonseca’s works for much the same reasons. The Indic features could hardly fit into traditional Christian spirituality. Those brought up to venerate reproductions of holy images made in the West could simply not make a mental devotional transition. Western tradition, tempered over centuries, provided them security, certainty and clear darshan. In such a highly regulated environment Fonseca could not succeed. He made it almost alone on the road less travelled.

Fonseca was ignored by modernism and traditionalism alike for mixing both ‘isms’. His artistic career developed along polyvalent paths, a characteristic of Indian modernism. His choice of composite aesthetics sets him apart but also outside. Aware of the social prejudices and fixed practises, Fonseca continued till the end to create cross-cultural frames with his art. He traversed with ease from one tradition and culture to another to create new artistic templates. The social response to this art was antinomic: avoidance and tolerance, obliteration and celebration, renouncement and retrieval, with the first in the binary taking precedence. Fonseca’s methodology continues to remain enigmatically complex even today and necessitates an inclusive hermeneutics to decode it. However, to think in inclusive and transcultural terms is naturally not our forte.

Fonseca’s contribution was nonetheless occasionally acknowledged in several places as chapter seven shows. He emerged as a cultural bridge between western and eastern artistic schools, between traditional and modernist trends, and between artistic traditions in India and Christianity. How did Fonseca rise above his colonial and narrow settings to the extent of providing us with a much larger postcolonial darshan (vision) of reality? How are we to harmonise Fonseca as a traditional practising Christian with Fonseca as an unconventional artist? Or Fonseca as a modernist with Fonseca as a practitioner of the neo-Bengal art style, labels seemingly incompatible? Genius artists enjoy a perception of the world and life that is very different from ours! Fonseca’s saga, worldview, oeuvres, and attitudes towards his art during his and our present times are the subject matter of this monograph. This story will continue to unfold the historical Fonseca, the artistic traditions, masters, Indian modernism and political developments that reconfigured art in India, and influenced the genius of Fonseca.