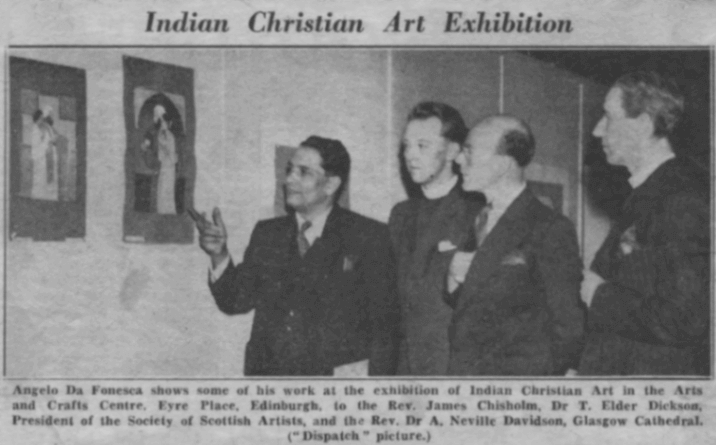 Arrowsmith lays out the problem on the very first page of his introduction: “There is a problem with the study of Modernism as a global phenomenon. Histories of the period have been written, until very recently, by scholars with little or no knowledge of the culture provinces other than their own, resulting in a situation where the dots of apparently discrete geographical regions are not adequately connected by lines of influence.”

These blind spots have “led to a distorted view of Modernism as essentially a European invention, with comparable movements on other parts of the globe characterized as imitative of ‘advanced’ art and literature in Europe, or – paradoxically – as reactionary and propagandistic. The possibility of multi-directional, transnational exchange in aesthetic concepts, art-historical knowledge, and literary and artistic technique is thus discounted, played down, or at best acknowledged in tentative and misleading ways.”

That sweeping failure of international (read: Western) scholarship has been gravely compounded in India after 1947, when an urgent – but wholly wrong-headed, and ultimately destructive – revisionism swept aside and covered up the complex landscape of modernism in India in favour of the Tagores and their “Bengal Renaissance.” Unsubtly excluded from this lobotomized nationalist art history was the spectacular cultural wellspring of the entire west coast, but especially the legions of extraordinary artists from Goa who flooded to and through colonial and mid-20th-century Bombay to constitute what Ranjit Hoskote has eloquently described as “an invisible river, one that has fed into the wider flow of Indian art but has not always been recognised as so doing.”

In his superb curatorial essay for Aparanta: The Confluence of Contemporary Art in Goa, the landmark 2007 group exhibition on the waterfront of Panjim that marked the return of Fonseca to prominence in the cultural fabric of his homeland (and also served to save the lovely 19th century Old Goa Medical College campus from being co-opted into a shopping mall) Hoskote explained some of the causes of this dissonance: “Goa’s special historic evolution, with its Lusitanian route to the Enlightenment and print modernity, its Iberian emphasis on a vibrant public sphere, its pride in its ancient internationalism avant la lettre, sets it at a tangent to the self-image of an India that has been formed with the experience of British colonialism as its basis. The relationship between Goa’s artists and mainland India has, not surprisingly, been ambiguous and erratic, even unstable.”

It is a strange, oftentimes surreal predicament. From the very inception of the paradigm-shifting Sir JJ School of Art in 1878, it was sought out by vastly disproportionate numbers of Goans (as were other institutions set up in colonial Bombay at the same time, notably the Grant Medical College). By the turn of the century, the great pioneer Antonio Xavier Trindade – the heavily feted “Rembrandt of the East” – was one of its first Indian faculty members, and streams of his countryfolk followed in his wake.

It is important to note here that most of this grand artistic legacy has been either purposefully erased from the record, or deliberately co-opted into sketchy narratives that efface their origins. This is because of a grand overarching prejudice, because the Goa-Bombay artists – which is actually the best way to understand the seminal Progressive Artists Group– have always been irredeemably heterogeneous. Souza’s cohort was defiantly scruffy compared to the Shantiniketan bhadralok: Husain painted road signs, Ara was a houseboy. The very presence of these kinds of Indians has been treated as an affront to Indian art history, and there can be no doubt the establishment would have preferred to erase them from our consciousness altogether. That surely would have happened, if it had not been for increasingly wealthy non-resident Indians and their impact on the 21st century art marketplace.