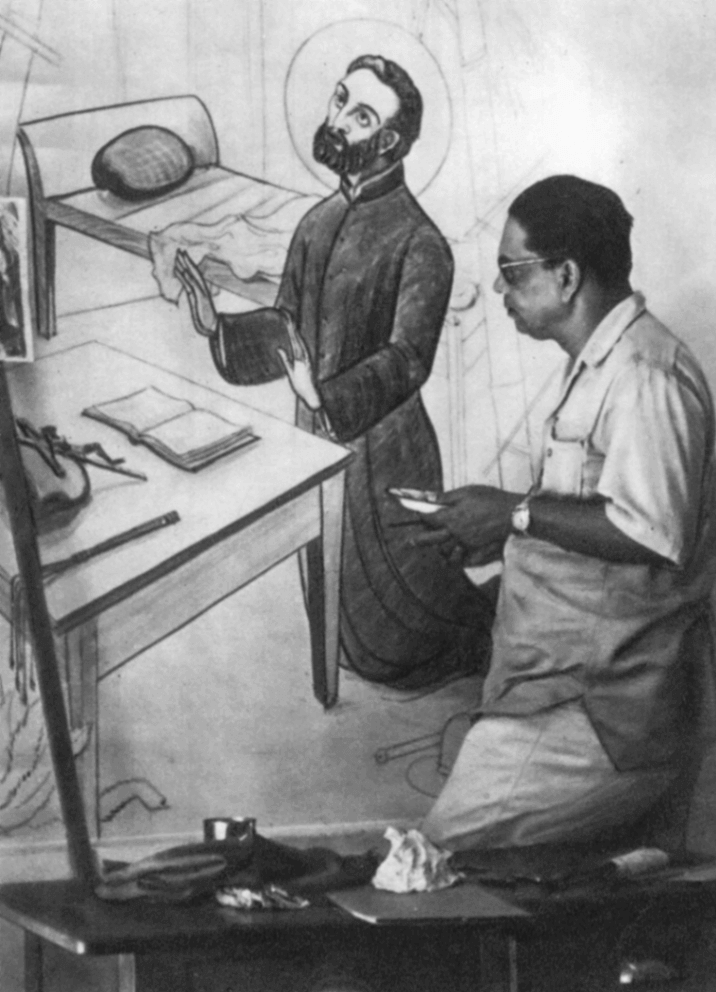 “Better had I died,” wrote Francis Newton Souza about a debilitating childhood bout with smallpox that left his face permanently disfigured, “I would not have had to bear an artists’ tormented soul, create art in a country that despises her artists and is ignorant of her heritage.”

The great, relentlessly pioneering artist (1924-2002) wrote those lines in his Fragment of an Autobiography, which was published by Villiers in London in 1959 during difficult years when both money and fame remained mostly elusive. Although that plight did alleviate somewhat – including a singular heyday of some brief period as an acknowledged London luminary alongside masters of the contemporary canon like Lucian Freud and Francis Bacon – the mixed reception on his homeland has never improved, beyond the shallow vagaries of an essentially ignorant art marketplace.

That is why, even now, despite any number of auction records, there is no meaningful scholarship to be found anywhere about Souza, and innumerable fake artworks continue to be attributed to him, in fact constituting the majority of what goes on sale under his name in India. This grotesquely shameful charade is cynically, cyclically perpetuated by unscrupulous business interests, which in the final analysis comprise almost all of what passes for the desi art world.

If that is the plight of Souza, whose paintings are internationally celebrated, on permanent display at the Tate Modern in London and National Gallery of Modern Art in New Delhi, and regularly snapped up by international collectors for prices that long ago crested far above the magical benchmark of a million dollars, what about everyone else? Have we progressed at all from what this son of Saligao complained about in1959, or do we still despise our artists and ignore our heritage?

Here, even the most wide-eyed optimist must concede that the report card is notably poor. Indian art has established a fairly robust marketplace at the high end – thus the fetish for Souza and his contemporaries, even if the paintings are conspicuously dubious - but we have no catalogue raisonnés, and only a handful of serious retrospectives have ever been held for even the most celebrated artists. That vacuum of scholarship and understanding allows anyone to mouth any kind of absurd gibberish, and get away with it. This is how the committed desh bhakt M.F. Husain became tarred with patently ridiculous slurs and then forced into exile in the UAE, and also explains how and why the unwaveringly hard-edged modernist Vasudeo Gaitonde is being steadily repositioned into some kind of woolly-headed quasi-spiritual mystic.

Understanding the pervasive extent of this uniformly pathetic scenario, there is perhaps some cold comfort to be derived from the happenstance of an even earlier pioneer’s work remaining so totally unknown that it has not yet been perverted. This is the curious case of Angelo da Fonseca, whose magnificent oeuvre was created in yawning obscurity that has only deepened further after his death in 1967.

How did this staggering lacuna occur in the first place? Why did Fonseca’s irresistibly gorgeous paintings disappear so thoroughly from our collective understanding that even the nearly-1000-page Encyclopaedia of Visual Art of Maharashtra – which lists hundreds of artists – fails to record even an inkling their presence? The short answer is that there have been several layers of bigotry at work, starting with the fatally flawed global backdrop, as Dr. Rupert Arrowsmith has most usefully described in his invaluable Modernism and the Museum: Asian, African, and Pacific Art and the London Avant-Garde (Oxford University Press, 2011).