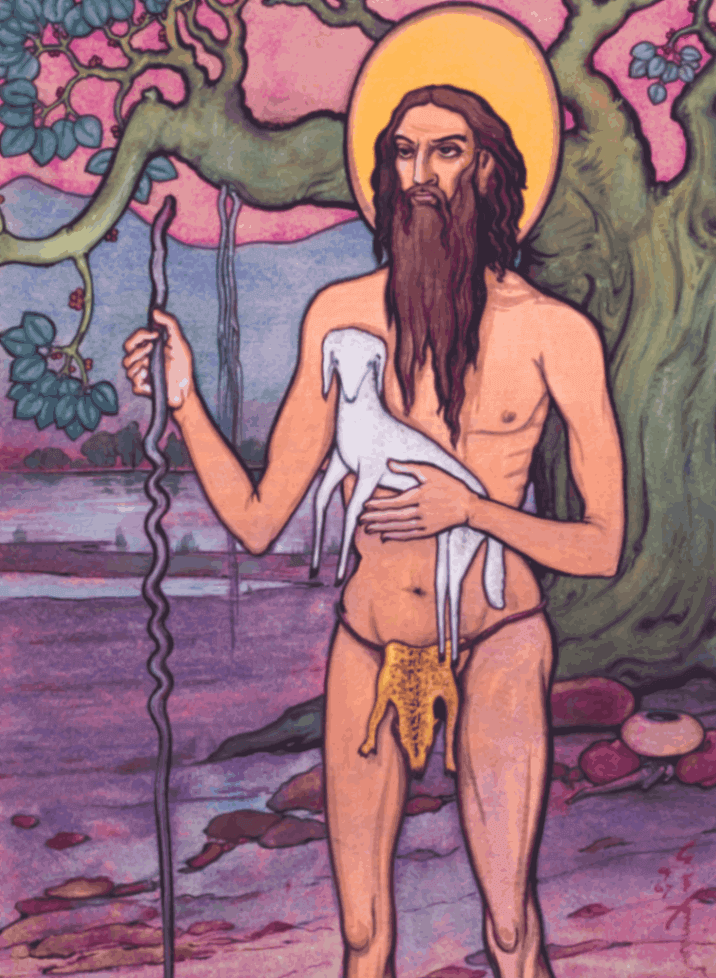 Fonseca’s compositions do not highlight material realism or real objects of desire and possession, as oil paintings in the western tradition, particularly in the rococo style, do. His watercolours shun the opulent vision and perspective of the sixteenth to nineteenth century western oil painting traditions, that the material world is out there to be possessed and controlled at human whim. The western world held on to realism and illusory perspective, to convince itself it had the world under its control. Such art was designed to create an aura of man’s mastery over other men and the material worlds. Impressionist and abstract arts critiqued the assumptions of officious art realism and distanced themselves from it. Fonseca invites us to turn our attention to ourselves. His works represent an inner journey of discovery, an invitation to ‘know thyself’.

Fonseca’s oeuvres come in small size frames, some of them almost miniatures. This scale imparts neither a great sense of overbearing realism nor materiality. The message and meaning he wanted to communicate cannot be reduced to finite reality, perishable wealth, or objects of desire. Like Byzantine iconography, his works take possession of the believer or viewer, which is the aim of rasa, (emotional or aesthetic impression of a work of art) and reveals the viewer's subjective self, human limitations, and responsibility towards the material world and society. As a guide to a sacred and sublime human purpose, his oeuvres become an interface between divine realities and human social responsibilities. Michelangelo’s powerful image of God’s outstretched finger in the Creation of Adam painted on the Sistine Chapel’s ceiling, represents the breath of life communicated to Adam and all humanity. Similarly, the sober watercolours of Fonseca reveal and convey humanistic values compellingly necessary for a country on the cusp of a new independence, where responsibility must come with empowerment and freedom.

With Fonseca’s radical departure from western Christian artistic traditions, his works did not serve the tastes, desires and purpose of an insatiable ruling class, who value materialism and power. This was the main reason why the wealthy ignored him and his art, and were never concerned with taking possession of his work. Much as the market was never a priority for Fonseca, he did acknowledge that it was not easy either to sell his paintings or to live by them. His patrons were not wealthy. His paintings spoke to the soul and addressed social issues. They did not offer social status.

Fonseca’s art serves as a window through which we can see what had happened for centuries to Christianity in India. His attempt to articulate a decolonized Christianity both in art practice and in Christian iconography, makes Fonseca a pioneer of postcolonial thought in India. Through the visual arts, he achieved rather early what the Church in India attempted forty years later through its theologians and their writings.

One reason for this time lag could be because the Church could not afford any deviation in faith and doctrine and therefore vetted all theological writing. However, the fact remains that contextual Christian art preceded by decades the first visible efforts by the Church to Indianise Christianity and its image. The idea of darshan, interpreted in Indian philosophy and religions as a ‘vision’ of the sublime sacred -- mental image aided by visual art -- plays an important role in Indian culture. Consequently, articulation of experience or thought in language or writing (logos in Greek philosophy) is a secondary human activity. Artists are able to present and enjoy that darshan, whereas Indian theologians have lagged far behind!

Fonseca’s counter-narrative to colonialism asserts that the West was never the only cradle of beauty and artistic creativity. Nevertheless, Fonseca stood for a synthesis of the finest artistic and humanistic traditions in the country and beyond. His oeuvres indicate a manifestly unusual confluence and unmistakable ground-breaking path, despite their subdued lines, colours, compositions and small scale. The clothes, the human figures, and his minimalist approach in representing surroundings, are striking pointers to an Oriental hallowed vision (darshan) and moral values (dharma), combined with his personal Christian life and beliefs. The formal aspects of any art are never the entire message. So far Fonseca’s works have been assessed by their formal elements as well as the subject matter of his compositions. In my view, that approach continues to be reductionist and misleading. Only recently, the message of Fonseca’s art as well as its deeper layers of signification, are beginning to unfold.

Returning to the painting of the Creation of Adam in the Vatican, the viewer’s attention is drawn to the iconic finger of God. The finger is indeed an important formal element to be appreciated, however, it also symbolises complex levels of signification in the Creation narrative. “Formal innovations are important but they are never seen in a vacuum. They always come hand in hand with aspirations for social transformation.” Multiple, deeper levels of social meaning in Fonseca’s artworks have not yet been fully decoded. The polyvalence of his art was often conveniently or unconsciously oversimplified, mystified, and finally ignored.

For an inclusive understanding of religious art in India, where the sacred is neither confined to narrow religious spaces nor regarded as anti-secular, a transdisciplinary approach -- referenced on its philosophical worldview, social analysis, poetic interpretation, ideological interests and whatever the sacred is being harnessed to — is an essential precondition. Classical and elitist art appreciation approaches interpret art based mainly on its formal elements with little or no reference to the social and political contexts that produced that art. Such an approach is aimed at justifying and promoting a certain idea of beauty as universal; endorsing certain kinds of ethics and aesthetics to maintain the status quo. It stifled the human and artistic creativity of other peoples of the world.

Since Fonseca’s art involves a confluence of styles and messages, it invites the viewer to see more than meets the eye. The outreaching finger of God alone is not what we should look at! Like Fonseca, the art of all great masters, is an invitation to return to our past and present responsibilities. It is a challenge to abandon secure and familiar ground, for loftier planes, where the darshan is more holistic and sublime! The final chapter will examine the other reasons why Fonseca’s artworks and messages have been ignored, as well as the germane issues his art raises today. A specific historical context needs to be constructed to decipher his artistic purpose and everything else that goes with it. This book aims at positioning Fonseca’s work, message and the man himself on the right track! Inshallah!

Fonseca’s art can still raise questions of social and political significance, if positioned and understood within the time frame in which it was produced. History can provide crucial answers about his work but the past need not prevent us from drawing meaningful reinterpretations and insights. Some religious, social and political paradoxes encountered in his works and life need to be either reconciled or understood. For instance, the imperatives that led Fonseca to single-mindedly remain within the Christian art genre, need to be appreciated, since this rigid stance appears to some to have hindered his larger artistic interests and potential. Fortunately, the work of geniuses, religious or others, outlive and outweigh the prejudices and short-sightedness of their times. Masterpieces have the capability to correct both our and the artists’ misplaced zeal and connect us to our rationality. However, decoding masterpieces may not always be easy, particularly when they have been misinterpreted or undervalued for a long time.